Contents
Back to glossary
TERMS:
1 of 10
Prev
next
UX
UI
CX
SD
IxD

Try free our Tools for successful management and development of web projects
More
Back to glossary
TERMS:
1 of 10
Prev
next

Affordance is a property of an object that helps us understand how to use this object. Affordances give us a hint how to interact with something physical or virtual. For example, a door handle is used to open the door or phone icon is used to make a call.

Affordances help people to achieve successful and correct interactions with the objects.

To design the best affordances you can use UX research to understand your users and their habits. Do not forget about classic design principles like hierarchy, proximity, contrast and balance. Follow conventions that users recognize affordances - type “Search” in search boxes or hamburger icons to indicate menus. Also you can grey-out the “Create account” button before users complete the form.

False affordance can lead users to unexpected results. For example, if the text in your app or on your webstice is underlined, users may think that this text is clickable.

This term was used in the study of cognition introduced by the American psychologist James J. Gibson (1904-1979) in The Senses Considered as Perceptual Systems (Boston, 1966) and later essays.

Affordance" means what you can do to an object. For example, a checkbox affords turning on and off, and a slider affords moving up or down. Signifiers are the visual elements that help you to understand the affordances just by looking at the object, before you start using it (or feeling it, if it's a physical device rather than an on-screen UI element). 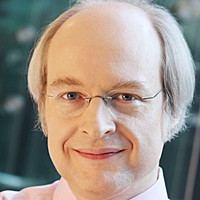